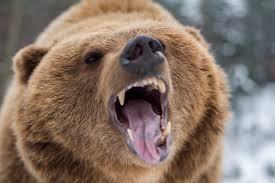 Thanks to the last three months, we’ve seen our account statements drop and roll.  We all know what a correction feels like now – seeing stocks drop 10%+.  We’ve seen large U.S. stocks touch the bear market line, where stocks drop 20%+.  As long-term investors, we know we’ve never had a business cycle without a bear market.  I want us to face our fears and examine what a bear market really looks like.  Sooner or later, we’ll see one.

How long do we fall and how far?  Here’s what Raymond James’ research says.  Over the long term we’ve had 16 bear markets where stocks have been down 20%+.  Of those 16 swoons, 9 of those were later deemed to be recessions. 7 of those 16 were non-recessionary bear markets.  What’s the difference?

If we tumble into a non-recessionary bear market, then past history says stocks fall 25% over 12 months.  Price/earnings multiples shrink more than corporate earnings decline, even though both cause stock prices to fall.  If the economy worsens and we tip further into a recession, then the fall averages 33% (so 8% more) that year.

JPMorgan Asset Management’s research says in the last 12 years we’ve had 13 bear markets, 11 were recessions with declining GDP growth.  2 were non-recessionary bear markets.  Stocks averaged a 30% fall in each category over 13-15 months.

What triggers these bear markets?  JPMorgan says 3 factors:
Commodity spikes (Think of a jump in oil prices choking off the economy.)
An aggressive Fed (The Federal Reserve raises interest rates too quickly and the economy tanks.)
Extreme valuations (Investors have bid up stocks to unrealistically high prices.)

They say commodity spikes caused 5 of the 13, an aggressive Fed caused 5, and extreme valuations set up 6.

Vanguard’s analysis says there have been 85 recessions since 1990, in the U.S. but also counting each one in other countries.  They define the triggers as:
Inflation
External pressures (?)
Financial imbalance (Think of our financial system’s 2008 real estate debacle.)
Commodity price crashes (Think of oil dropping from $150 per barrel to $50.)

How long does it take stocks to recoup?  Based on Wealthfront’s analysis, the recovery time to get back to breakeven is 22 months.  So, when we’re in a bear market, on average, an all-stock investment account drops for 1 year, then takes up to 2 years to get back to break even.

What’s worse case?  Averages are just that.  Wealthfront’s data says that the softest bear market dropped only 19%, not 30%.  They say the hardest hitting bear dropped stocks 56%. (Yes, that was 2008.)  Although the average time stocks dropped is 1 year, that drop has sometimes occurred quickly - over 2 months - but sometimes longer - 2.5 years.  Recovery times?  Sometimes that loss has been recouped in 3 months; another time it took 6 years to recoup (in 2002).  So, a bear market could be almost painless, or it could also be a miserable time.

CliffNotes
Summary
We’ve been saying in your meetings that a downturn in the business cycle may be coming in the next 1-4 years.  We may see a bear market.  When that happens, on average stocks will drop 30% over a year; then stocks will likely take 2 years to get back to break even.  There are wide variances in those averages.

Is there any good news in this article?
Please remember we’ve been homing in on stocks only.  These are stock indexes pitching down 20%+.  We diversify your portfolios – by purchasing different kinds of investments in different geographic areas.  That mitigates your losses.  You own a mix of lower-risk bonds and higher-risk stocks just for this purpose.  Your portfolio’s recovery time should be quicker.

As long-term investors, the 2-3 years in a bear market is a small piece of your timeline.  Higher growth prevails outside of those periods.  Capital Group’s research pegs the average recession at 11 months, and the average expansion?  That’s 67 months.

Sandi Weaver is a senior advisor at (fee-only, no-commission) Petrovic Weaver Financial Services. She is a Certified Financial Planner™ professional.  She earned the Chartered Financial Analyst designation, which is the benchmark of professionals in the investment field. She is a member of the Missouri Society of CPAs.