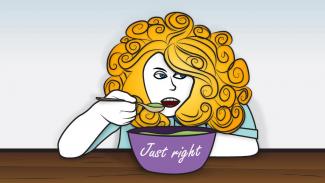 A Goldilocks Economy: How Records are Broken – Alex, CFP®

If the U.S. economy doesn’t slip into recession by July of this year, the current economic expansion will become the longest in American history dating back to the 1850s, as far back is the data goes.

For many Americans, this almost decade-long expansion doesn’t feel like a booming economy, and they are right. Even though it has almost been the longest, it certainly is not the strongest, and far from it. The chart included shows this clearly. (Source: Source: BEA, NBER, J.P. Morgan Asset Management) In fact, the U.S. has gone a record 13 straight years without 3% growth in real Gross Domestic Product (GDP). U.S. economic growth has come close to 3% growth a few times, including last year’s rate of 2.9%. (Source: https://www.cnsnews.com/news/article/terence-p-jeffrey/us-has-record-13th-straight-year-without-3-gdp-growth)

So how has this expansion lasted this long, even though it hasn’t been very strong? Many economists attribute it to a confluence of factors that has been coined the Goldilocks Economy, not too hot and not too cold. Simply put, the combination of slow economic growth, low inflation and low interest rates have created an environment where the economy has not accelerated into a strong economy (hot), pushing inflation and interest rates up, nor has it tipped into recession (cold). This allows slow growth, and our expansion, to continue longer than previously expected.

So, will our Goldilocks Economy continue for years to come? This is the million-dollar question. Most of the economists and investment professionals we read believe the U.S. economy is in the latter stages of its economic cycle. In other words, no. Even though a recession is not around the corner (2019), a recent Wall Street Journal survey of economists found that just under half of economists expect the next recession to start in 2020, while about a third forecast a downturn to begin in 2021. (Source: https://www.wsj.com/articles/wsj-survey-economists-cut-forecasts-for-jobs-and-economic-growth-in-early-2019-11552572000) BUT, remember the old Wall Street joke… the stock market has predicted nine of the last five recessions, and economists haven’t predicted any of them! The bottom line: humans are horrible at predicting the future.

As I have previously written, there are reasons for concern and optimism regarding the economy and stock market. I’ll end my contribution to our newsletter with some optimistic thoughts and reasons why this expansion may continue to break records.