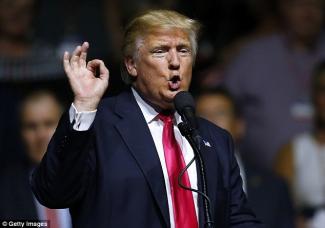 We have a new president, one who will surely shake things up. He is more businessman than politician. He tweets more than he holds news conferences. How does this affect you?

We can already see that Trump and fellow Republicans plan to repeal Obamacare soon. A replacement, costing taxpayers far less, will replace it at some point. Thus some 20 million, or 5%-7% of U.S. citizens, may lose coverage. The ACA covered approximately 12 million, but additional people were covered through Medicaid expansion, young adults staying on their parents' policies until age 26, and more. Employees of small businesses and the unemployed will again scramble. Medical costs in 2014 increased at the lowest rate on record, under Obamacare. We can expect the health care field to return to a more laissez faire structure (think higher costs for you, employers, taxpayers).

Most predictors believe we’ll see lowered tax rates. After all, Trump’s tax plan isn’t that far different than Representative Paul Ryan’s, chair of the House Ways and Means. Republicans have majorities in the House and Senate. Those in the middle to upper income brackets will benefit most, and that probably includes you.

Foreign trade is a concern. Trump professes he’ll halt the TPP, be tough on NAFTA, negotiate hard with China, slap on tariffs, and more. The Trans-Pacific Partnership (TPP) is likely dead on arrival. It was meant to give us a strong base for trade with Asian countries (excluding China). China will likely now move in. NAFTA, the North American Free Trade Agreement, would be difficult to dismantle because that requires Congress’s approval. More likely is that Trump may be able to modify terms to better favor the U.S. Mexico has already hinted they’d entertain such measures.

The U.S. has 14 trade agreements with 20 different countries promoting free(er) trade. We still have tariffs which we impose on certain products (think big lobbies by businesses to protect their own interests). So we U.S. consumers pay 35% more on some tuna, 20% more on some dairy, 130% more on some peanuts, and more. But our trading partners do the same to us, levying tariffs on some of our exports into their markets. So ours is a global system of “mostly free” trade.

Tariffs may backfire if applied to the almost 50% of our imports which are intermediate goods, finished here by our workers. For that portion, we would be making it more expensive for our own companies to sell here. Based on 2014 data, 14% of U.S. GDP comes from exports. Implementing tariffs may pressure that 14% downward, losing some economic growth.

China is an oft-cited example. GM sells more cars there than in the U.S. If we slap tariffs on imports from China, U.S. consumers will pay more and buy less. China will then profit less, and in turn buy fewer GM cars because they have less money, which means fewer auto industry jobs here. (Germany has a similar position in the EU.) But other countries such as Mexico and South Korea may more readily negotiate since they sell large quantities of goods here, and buy little from us.

If Trump is able to jawbone and delicately adjust trade agreements to garner a better deal, without inciting commensurate retaliation, we’ll win. But that’s a big “if”. We'll see how foreign trade unfolds. At best, we'll win some jobs and export more. Worst case, we'll lose economic growth, jobs and exports, if we and other countries slap on excessive tariffs.

Trump says he wants to create 25 million jobs. The best record is 20 million, under Clinton. With unemployment already at a low 4.7%, and a mature economy, that 25 million is a lofty goal. Trump seems to be tweeting a "if you sell it here, then you'd better make it here" policy. But economists warn that keeping more manufacturing jobs from moving to cheaper labor overseas will not grow jobs overall, but will increase the already-rapid turn to automation.

We could put everybody to work now, if those 4.7% unemployed had the skills needed for the job openings now at hand. So even if Trump produces millions of jobs, where will the workers come from? One source is through retrained workers, which are desperately needed. Another source is the 38% of people not in the labor force. Some retirees may choose to work again. A third source is immigrants. Farmers are already not able to harvest all of their fields, because they cannot get enough workers (immigrants) in to pick the fruits and vegetables. Crops rot in the fields of California. More than half of the country`s agricultural workers are undocumented immigrants, according to the USDA. The American Farm Bureau estimates that an immigration policy that focuses solely on enforcement could cost the country $60 billion in crops. Or farmers can increase wages enough to entice Americans (not immigrants) to harvest their own crops, which will increase food costs.

So Trump will likely manifest more jobs, a good thing, but not reach the goal.

Problems with the press.

Almost no president-elect has been more at odds with the press. Freedom of the press is in the Bill of Rights. Trump plays hardball with that, refusing access but tweeting instead, and granting interviews to unknowns in the media. That ongoing drama alone will make our lives more volatile under Trump. We will have more surprises from him, and the media coverage will be combative and negative.

Trump will undoubtedly say or do something that roils the nation in the coming months. He's a maverick president. We should expect more volatility: in the press, in the economy, and in the stock and bond markets. But those hiccups should be somewhat short-lived, if no lasting stance is taken. Remember, we have a government with power ensconced in three branches:  executive, legislative, and judicial. We will have a cabinet of businessmen, with few women and few politicians.  We will have four years of adventure. We've had lots of politicians leading. With Trump, we might learn something new, something that works well for us.