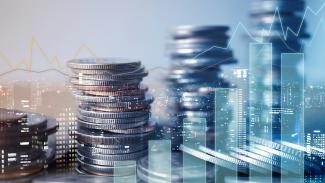 I’m not talking about the Trump election victory, I am talking about the Chicago Cubs winning the World Series on November 2nd. The Cubs won game seven in the tenth inning and broke the most epic drought in sports history. The Cubs had not won a World Series in 108 years. Most baseball experts thought the Cubs had a good chance to be in the national championship series, but we know it takes a good team and some luck to become the champions.

Now let’s pivot to the morning of November ninth where most political pundits where sure that Hillary Clinton would be the 45th President of the United States. Wow! We witnessed another November surprise! 2016 was full of surprises. What types of surprises might 2017 bring to investors?

What is the market going to do in 2017? It seems to me it may have a surprise or two for investors. President Trump and the Republican Congress have the votes to make significant changes to the tax code, regulations, trade and foreign relations. Many political and economic experts are uncertain how President Trump will govern. The stock market has made new highs based on the belief that the new administration will lower taxes and stimulate the economy with a massive infrastructure endeavor. Expectations are high, and if Trump and crew are delayed in their promises, or if such promises are not largely fulfilled, the markets are likely to fall from the present all-time highs.

What needs to happen for the markets to go up in 2017? The easy answer is corporate earnings must go up. They could make substantial earnings gains if Congress passes corporate and individual tax cuts, if we avoid a costly trade war, the U.S. dollar remains flat relative to other major currencies, and the Trump administration avoids any costly political mistakes.

What will the bond market do this year? Has the “Great Rotation” started and how far will it go? In short, the line of thinking behind the rotation is that, after 30+ years of generally falling interest rates in the United States and the corresponding good returns for bond investors, the next long term trend will be rising interest rates followed by poor bond returns. Thus, investors will rotate out of bonds and into stocks or maybe even cash. David Kostin of Goldman Sachs contends that “we are certainly not going to see most fixed income investors suddenly switch to stocks – institutional investors (the ones who really move markets) are generally limited in what they can invest in terms of their portfolio agreements, and bonds will still play a large role for retail investors, who need the diversification and income benefits that they can provide.” So, on a net basis, I’d say that “the Great Rotation” may help provide a tailwind for stocks, but it may not be as “great” as many believe. Most of our clients hold a decent amount of bonds in their portfolios and we continue to believe they are an asset class that will continue to provide investors income and stability over the long term.

The current U.S. economic landscape is in pretty good shape. Interest rates will rise but at a slow rate, which will continue to make stocks attractive.  We remain cautiously optimistic at this time. We do feel we are entering uncharted waters and we remain committed to carefully monitoring the economic and political landscape in 2017. We therefore are recommending high quality equities and fixed income with a tilt towards U.S. securities over foreign holdings.