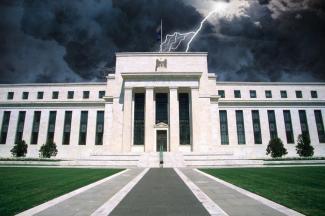 After a bruising fourth quarter for stocks, the stock market rebounded substantially in the first quarter of this year. What changed? Well, corporate earnings projections and the global economy didn’t change that much. The biggest change was our U.S. Federal Reserve’s (Fed) policy shift.

In December the Fed said it wasn’t done raising interest rates, promising to raise interest rates 2-4 more times by the end of 2020. But at its January meeting, the Fed was clearly taken aback by the sharp drop in stock prices and the concerning signals sent by the U.S. bond market. So much so the Fed announced after its meeting that further interest rate increases are on hold for the next 6 months, and maybe for the rest of this economic expansion, unless the economy and/or inflation pick up considerably.

Why does the Fed’s actions matter so much, and what’s the deal with the phrase “Don’t fight the Fed”? Legendary investor Marty Zweig coined this phrase in his 1986 book “Winning on Wall Street”. It basically means that when interest rates are rising, this may ultimately be bad news for stocks. When interest rates are declining, or low for a long time, this may ultimately be good news for stocks.

In the context of 2019, further interest rate increases could push the U.S., and parts of the world, into recession sooner rather than later. With the Fed signaling that future interest rate increases are on hold for a while, stocks rallied on the assumption our economic expansion might last longer than previously expected, and this would be supportive for corporate profits, the life blood of stocks.